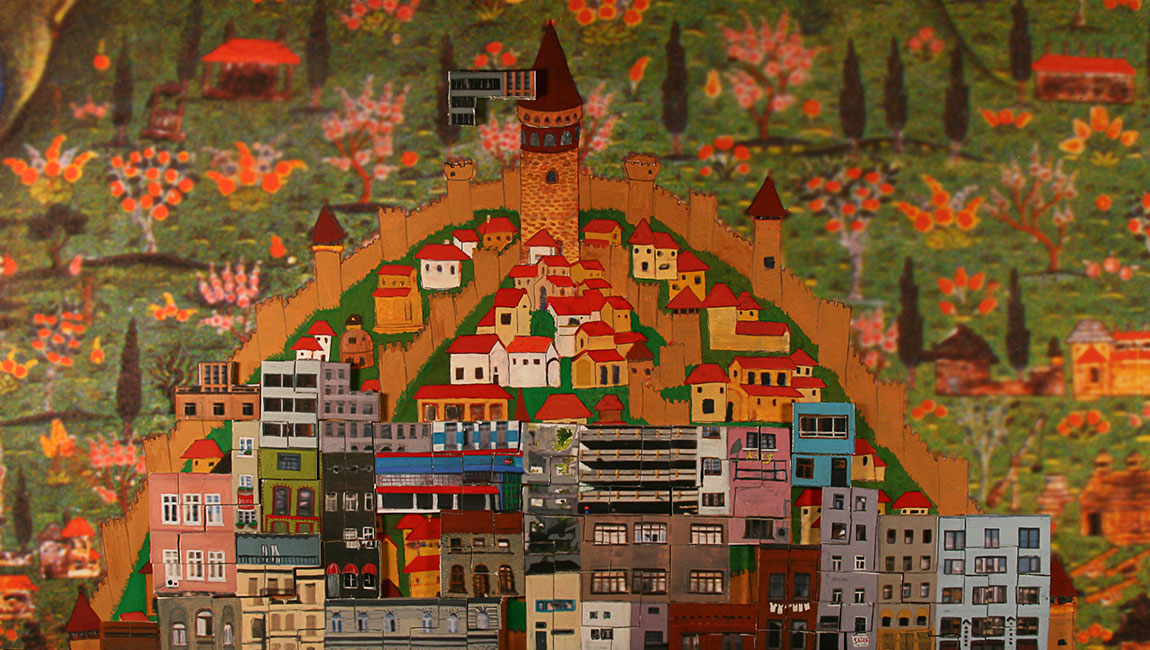 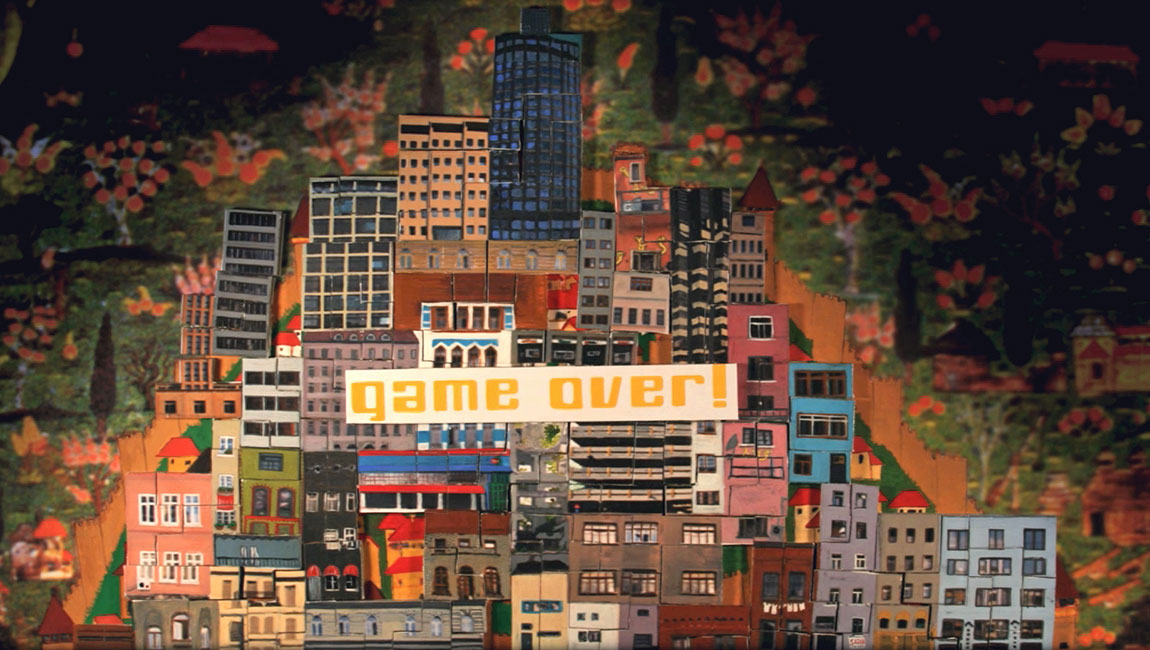 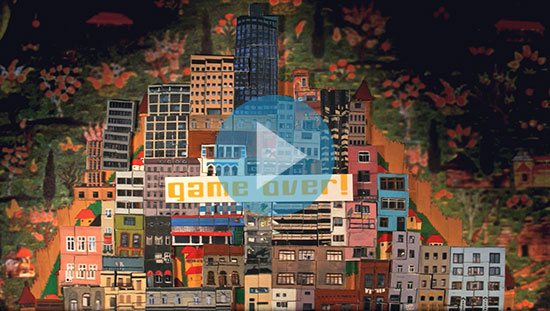 “Tetrist” is a lost Tetris game set-up of today’s Istanbul. The game starts with the image of a re-worked 16th century Pera District miniature of Nasuh the Macer, and moves on with the company of music art that documents the last century of Istanbul. The buildings in the district fall down like Tetris pieces, and get placed by an invisible player. Having been built faster and faster with the proceeding time and changing music art, buildings leave Galata Tower behind and move on to the point of “Game Over”.
MITHAT ALAM FILM CENTER © 2018 All rights reserved.